Navigation Menu
Home » About us 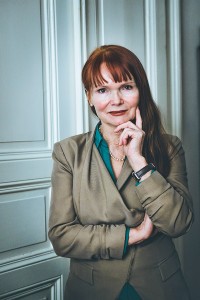 From 1981 up until 1998 she was an employed jurist at the biggest insurance firm in the Czech Republic.

She passed the final Bar Exam in 1998 and is now a registered Lawyer (04690) and has since led her own law firm in Prague.

During her pactice, she succesfully represented her clients in all judicial bodies, including the High Court, Constitutional Court and the European Court of Human Rights.

She currently represents a series of clients with their damage claims related to their financial market investments.

Petra Krauss graduated from Charles University Prague in 2011, earning the title of Magister/Master of Law.

During her time at Charles University she worked for several law firms and at Prague’s municipal court.

From 2011 to 2012 she studied at Friedrich-Alexander-University in Erlangen/Nuremberg (Germany) with a scholarship from Deutscher Akademischer Austauschdienst e.V., earning the LL.M. Master.

Among her employers in Nuremberg Germany was law firm DR. KREUZER & COLL.

She started her legal clerkship in 2012 at Holubová advokáti s.r.o. in Prague, earning experience in the fields of Procedural Law, especially in Civil Law and Business Law.

In 2013 she continued her legal clerkship at law firm JUDr. Věnceslava Holubová, where she also finished the clerkship.

She is proficient in Czech (mother tongue), German (near-native) and English (business fluent).